An Open Letter to the NC General Assembly 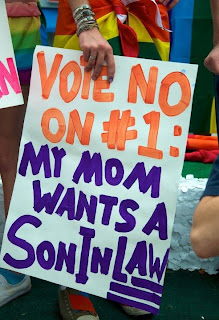 Hey, it’s me. I don’t know if you remember me or not, but we used to be pretty good friends. Do you remember that awkward high schooler who stood at the dais of the Senate back in 2007 when he was a Senate page? You remember, the one who had just gotten a haircut because his father said that he should look presentable at the legislature. The one who had long, brown, curly hair before then. You don’t remember me? But I stood right at the front of the Senate sessions, just to the right of the now-governor Beverly Perdue.

Or it might be that you remember me when I came to the legislature on a field trip with my high school, and after sitting down with representative Deborah Ross to hear from her about what it’s like to work in the House, I asked her why you couldn’t pass a law that protected people from employment discrimination on the basis of sexual orientation or gender identity. Maybe you remember the way that she looked at me with sad eyes and told me that other legislators are scared to support the LGBT community because they could lose their seats.

Or maybe you remember me from a year later. I could’ve sworn that we met at some point. That summer I was interning in my state senator’s office. It was only for a week or two, but it was really exciting for a high schooler like me to feel important in that way. You even gave me a staff badge so I could walk around on the Senate floor without getting in trouble. Didn’t you see me? I was that same, curly-haired high schooler that you saw running around to drop something off at a committee meeting or at a caucus. You probably saw me as I welcomed you into my senator’s office; I was the young guy sitting at the front desk, who smiled as he asked you to wait for a moment as he went to see if the Senator was in. Maybe you remember me as the intern who hesitantly came out to his state senator, so that his state senator might better understand why he should vote for a bill that stops LGBT kids from getting bullied. Does that ring a bell?

But maybe I made a stronger impression later in high school, when I was volunteering with Equality NC, and I went around to all of you and handed you all hand-signed postcards from your constituents telling you that they support having a law that protects LGBT kids from bullying. Do you remember the way that made you feel? Do you remember how strange it was to have a gay high schooler come around to your office and tell you to vote for a bill that would protect him and other people like him from harassment in school; that would protect his fundamental right to seek an education in a safe environment? Do you remember me? Do you?

Two weeks ago, you showed me that you don’t. When you signed into law a referendum putting my minority rights to a majority vote, you erased me from your memory. When you decided that my right to one day marry the love of my life was less important than your own political goals, you showed me that you don’t remember me at all. Two weeks ago, when you decided to denigrate my identity in our state’s founding document, when you decided to slander my pride and self-esteem in the most permanent, public way possible, you denied that we ever met. Last week, while you were on the house and senate floors rejecting my worth as a citizen and trampling on my human dignity, I was crying in the LGBT Center at Duke, lamenting the fact that you can’t even remember my face.

Given that you seem to have forgotten me completely, I’d like to take a brief moment to re-introduce myself:

Hello. My name is Jacob Tobia, I’m a gay North Carolinian, I am someone’s son, someone’s brother, someone’s future husband, and I am deserving of your respect.

Do you remember me now?