Repeal, The Question, and JFK 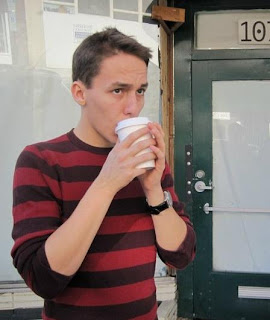 [Editor's Note: Today marks the first day that LGBQ service-members can serve openly. Here at the BDU Blog we could not be more excited to celebrate the occasion by featuring a post by one of Duke's own LGBQ ROTC members. We've been waiting for this moment since your first year, Pruitt!]

Sometimes, I like to consider the legacy of President Kennedy to be one of my personal enemies. Folks who know me well might be able to tell you how quickly I can turn a topical discussion of current politics into an only-somewhat-related angry tirade against the former Commander in Chief. Now, there are all too many gripes I have with Kennedy that I won't bother writing here. Instead, I'm only going to address my biggest issue with the man: his most famous statement has ruined how we, as a people, think about ourselves and the nation. Every time I hear "ask not what your country can do for you…," a part of me cringes.

Now, I know, that's a fairly edgy set of political/philosophical/governmental statements for our less-than-edgy support/celebration/ community blog here, so allow me to clear up the association with an example. Anytime you get interviewed within the military, or have a friend learn you're in the military, or walk on a bus in uniform, there is a pretty solid chance that you'll get the Question. "So, [awkwardly leans over and reads nameplate], what made you want to join the Navy?" There's only a few different answers generally given in polite company, and it only takes a bit of time around military personnel and prospective to have heard them all. "I wanted to serve my country," or "To do my part," or "To help defend democracy," all get played out fairly quickly. I should think even just saying "Freedom," with enough oo-rah in your voice should get a fairly warm reception. The answers we give—the answers we're comfortable giving—are always about what we can do for our country. I like to think that people who have heard all the normal answers but still keep asking the Question (I'm looking at you, interview board for Congressional nominations to the Naval Academy) want a bit more of an honest, gritty answer so they can really see the muck and guts that form sailor's loyalties. After forty years on the job, they want to hear Real Talk about the money, the women, and the resumes.

The first time I remember getting the Question was from an interviewing Navy Lieutenant when I applied for an NROTC scholarship. I was at a residential arts school at the time and, since we couldn't have personal vehicles on campus, she had to come to the school to meet with me. I met her at the front admissions desk, her in prim, official Khaki and myself in some dressy get-up that screamed Art School Kid. I led her by practice rooms where a strand of Rachmaninoff was played and replayed every five seconds, a courtyard where a giggly gaggle of dancers arabesqued between us, and finally through a small library with more than half its shelves full of art history into a quiet meeting room. After sitting down, filling in the beginning of some Very Official Paperwork and opening a thermos of coffee, she laid it on me—Why? Even though she hasn't so much as glanced at my application yet or read a single entry under "activities," our Lieutenant knows I'm a far shot from the traditional officer candidate or enlistee. Even if she was paying attention on her way inside, LT probably wouldn't have been able to find our one American flag on campus—finding any Eagle Scouts, Varsity football stars, or JROTC Student Commanders would be even harder. I clearly belonged in a coffee house or an obscure (still hip) local art gallery, not on a drill field. So, she asked, why?

For her watching, it probably looked like I blanked and had not yet thought of a reason behind my newly decided career path. The truth is, I had the answer on the tip of my tongue, the slightly-selfish answer that could knock the dust right off of Congressman Barrett's interviewing board, the completely-left-field answer to startle the curious stranger on the bus, and the sufficiently-unique answer to get all manner of asterisks on my FITREPs. I wanted to toss the meeting room door back open and gesture at my absurd campus, saying, "I want to be more than this. I shape my own identity, and I refuse to be locked up in the Art Haus closets of so many from the LGBT community. I am so sick of all the spangles and glitter that blots out my sight whenever I see queer men in media, and I'm sick of the fact that's all the rest of America can see too. In five years, I want people to go to my commissioning and say 'That's what a queer American male looks like, and damn does it look fine.' I want to be one of the first openly bisexual men to be made an officer in the United States Navy."

Instead, though, I was stunned into silence. "Want to see the world, maybe? Call of the sea?" she prompted." I looked at her confused for a moment before stumbling over my words, that, yeah, call of the sea, love traveling, right. I wasn't even in the Navy yet, and they already had my first lie. On that day, just like every time turned aside and smiled at an off-handed gay joke, and every time I mentioned Sharon to my ROTC peers, and every time I dropped my last boyfriend's hand as we exited our dorm together, DADT had me lying and lying and lying. I tried to stay sane through other outlets: I gave a few anonymous interviews, I had a photo (courtesy Jeff Sheng) run everywhere from Newsweek to NPR along with their coverage of repeal, and I sank to dangerously dependent levels in an increasingly painful relationship that could have never have a public face. As of today, though, I don't need special outlets or mediums to be myself and stay afloat. So, while I can't officially give opinions on any military policy, I can say that today's repeal means I can finally stop lying and start giving real answers to the Question. More importantly, though, LGB servicemen currently on active duty can finally have some reprieve from Kennedy's cruel burden of national duty: for the first time in a very, very long time, they aren't being asked what more they can give to their country before it finally does something for them.
Posted by Michael Pruitt at 12:00 PM