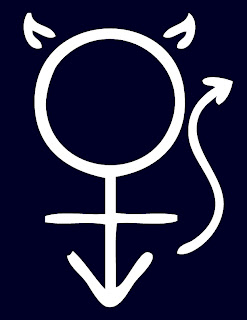 It's finals week, y'all. For me, this means catching up with whatever Steel lectures I didn't understand and reading tons and tons of feminist essays. The Center'll be open all this week, with designated quiet zones for studying. Seriously, I've never seen this place this quiet. And with Perkins just PACKED, it'd be smart to capitalize on this. All are welcome!

Last week I made an attempt to get Everyone to use the "Share!" and "Like" buttons at the bottom of our posts in order to spread The Good Word. And then, uh, You did. Like, the most. The anonymous posts were shared 95 times (up from none times) and while our previous record for number of visits was at 456 (excluding the day a certain scandal went public in April), we had 943 on Monday. That's ridiculous. A third of those were new visits (hi, New Visits!). Great work, y'all. Let's do it again? Let's do it again.

Beyond Monday, really just loving all the posts from this week. Feel free to procrastinate with those, yo. For your convenience:

For even "the most closeted" of Frat Stars :) - Edie
LGBTQ Female Role Models: Alice Wu + [MOVIE NIGHT!] - Megan
Hey Feminists! - Chris
Study Abroad the LGBT Way - Veronica
"Hir" Poem about Transgendered Youth - Megan
It Gets Better (Really) - Dan
Freedom - Eric Furst
It Gets Better - Ian
Over the Rainbow - Robert
In which I talk about some terms - Lawrence

Anonymous posts for the week below!

#1
Sometimes when I read stories like this one I have the fleeting thought that maybe if I started abusing drugs or alcohol, or acted out in some other way, my parents would finally take seriously the effects their non-acceptance has on me. I won't do it. But sometimes it's tempting.

#2
I'm just a freshman and I'm not out yet because I'm just not sure. I feel like I need to be in a legit relationship with a girl before I can ever really know if I'm a lesbian. But it's a catch 22, I'm not out so I have absolutely zero chances at getting with a girl. Girls turn me on like magic, but I'm not gonna let lust determine my sexuality. I have no idea what to do.

#3
I have read this blog nightly for the past 4 consecutive days, and tonight I finally realized that, for about a year now, I have been in denial about a huge aspect of my life. I think I'm in love with my best friend. She has no idea (at least, I hope). We met three years ago and we're now so close that sometimes I have trouble distinguishing where my life ends and where hers begins and vice versa. We spend almost every waking moment together, and tell each other everything, yet I still can't get enough. We go out together almost every weekend, and a couple times I've been drunk enough to where I even considered letting all my feelings for her slip out. At first, I only entertained the possibility that I was in love with her in my head when I had been drinking, but now, stone-cold sober, I am staring my denial in the face. At this point, there's no way I'd ever reveal them to her soberly; if I did, I wouldn't be able to deny them later. I'm scared to death that one day I will, accidentally and stupidly after a few too many drinks, and that it will ruin the amazing friendship we have. I'm not sure what scares me most... That I'll tell her, and she'll say she knew all along (because that will make me feel stupid for unsuccessfully trying to hide it all this time), that she won't take me seriously, or that she'll be shocked/appalled. She's the only girl I've ever felt this way about. I've had boyfriends, I've hooked up with guys, and I continue to be attracted to men... So I'm not sure what this makes me, or if I need to come out, or whatever. I know very little about LGBTQ life. I try so hard to portray myself as put together and strong on the outside that I feel ashamed for hiding behind my computer screen to do this. I know I shouldn't feel shame, but I'm not sure why I still do. I am in awe of those of you who have the courage to be yourselves in a world that is so often hateful and intolerant. I wish I had even the tiniest fraction of your bravery. Maybe finally admitting these feelings to myself, and saying them aloud (or at least typing them) for the first time is the first step for me. I'm not even sure I'm looking for responses or advice... I'm just glad someone is reading. Thanks for being there.

I am exhausted from trying to fight a battle within myself and society, losing all along the way. My biological legacy should not a battle at all, but that's what it's been.

Choosing to live certain ways that are potentially harmful to one's life is one thing, while speaking through the heart is a completely different topic. There are ignorant folks all across the nation that insist homosexuality is a horrible lifestyle. Unfortunately, they are beginning to prove themselves correct. It IS horrible for someone's natural love and personality to become an every day battle. It is horrible to lie in bed for countless hours, crying oneself to sleep. It is horrible to be discriminated upon by one's peers, friends, and even family. The significant question is, "should it be horrible?" No.

Although many will never grasp the idea of biological legacy, I just want to reassure everyone reading this that it does exist, and being gay is NOT A CHOICE. Personally, my question to propose to all of the foolish people of the world that claim homosexuality is a choice: "Why would I want to torture myself and go through hell on earth, as I have one, for something I had control of?"

I apologize, but words such as DEPRESSION and SUICIDE aren't common words that go along with your typical choices life. Why would anyone with any sanity at all chose to be neglected, hated, and betrayed their entire life? It doesn't sense. Why? Because it isn't a choice.


It will get better.

You may spend all of your life hiding from the ignorant and skeptical, but you cannot hide from your DNA and biological makeup.

#5
I'm sorry, sad, and disillusioned to see such a divide between gay men and gay women on this campus. What's with that?

#6
I’ve been spending the first semester of college coming to grips with my sexuality. I think I am bisexual. But—duh duh duh duh, this is what everyone says, I know it is really cliche—I’m not sure.

See, I really like this girl. She’s wonderful and has nerves of ice and is shockingly sexy and hot, hot, hot and absolutely amazing. But she is very, very lesbian. I don’t mind that at all! I know that she likes me as a person, and finds me attractive, but I am afraid that she might not like me anymore if she knew that I am sometimes attracted to men.

It’s just an interesting dynamic I need to learn to strategize with—how to be my own person and be bisexual and straddle two different worlds. I know that theoretically my dating pool should double, but I think it may shrink a little. It’s like—in the media and stuff, if a woman is bisexual, it is supposed to make her really hot. But only because it is hot to men. And for me, I really don’t want my sexuality (if it is the case) to be used as a weapon that way. I especially don’t want to be wrangled into some unwilling threesome with someone else’s girl, or be dropped by a lesbian woman out of fear that that is what I will do to her. I am not like that! And that is not a person I plan ever to be.

I was just wondering—does anyone have any advice they could give to me? Or be willing to give to me? I would love to hear it, or talk to someone about it.

#7
Within the LGBTQ community here we talk a lot about hooking up, but at the same time, I know I'm not a small minority when I say that I've never done it. I usually have thought that it was just "wasn't me". But lately I've been reconsidering that-maybe I'm just viewing sex too puritanically. It might be the right thing. I'm wondering how others here decided when sex (or more colloquially, "hooking up") was right for them. I'm seriously toying with the idea of doing it next smester, but I want to get feedback from those who have done it before.
Posted by Blue Devils United at 1:57 PM