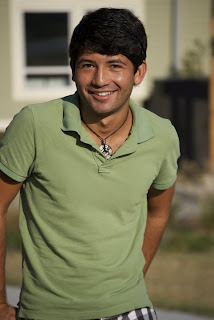 Welcome to the first (and hopefully not last!) installment of Over the Rainbow, a serial blog aimed at highlighting hallmarks of LGBT culture throughout history. Here you'll find celebrities, artists, writers, painters, musicians known for either their sexuality (or questioned for it), or their material as it speaks out towards a community of individuals seeking identity and union. These individuals will stretch throughout history, so no, this is not merely a cover of the most current and rising gay icons (though Gaga and Britney will get their dues, I promise!) Think of this as a history lesson that sheds light on LGBT issues at various points in time.
To begin this series let us look to the film that made the title of this blog famous: The Wizard of Oz. Released in the summer of 1939, the film is an adaptation of L. Frank Baum's work The Wonderful Wizard of Oz that covers the fantastical and often dangerous adventures of Dorothy Gale as she wanders through the Land of Oz to find her way back home to Kansas. The film is noted for its cinematography, which places a very distinct contrast between Dorothy's dreary home in Kansas (shot in Sepia tone), and the vibrant and brilliant Land of Oz (shot in Technicolor). Another directing choice that separates the film from the novel is the use of parallel characters, as Dorothy encounters individuals in Oz that mirror those back home, who are in fact played by the same actors.
This combination dualism and juxtaposition of color has itself been seen as a commentary of LGBT societal pressures to play two separate characters: that which satisfies and conforms the reserved and strained heteronormative culture of the time, and the freer, more vibrant Land of Oz that celebrates individuality and creativity. This vivacity and otherworldliness is itself the epitome of camp, that over-the-top theatricality and performance that sheds all inhibitions and worries over the eyes of judgmental observers. Judy Garland, herself, is considered an example of camp personified, lending to her labeling as one of the most famous gay icons in the 20th century, her personal struggles during her later career garnering identification and support from the gay community and culminating in a cult following of impersonators and adoring fans. In fact, Garland's portrayal of the young farm girl was so adored that a common covert conventionality (alliteration much?) of the time was to refer to a member of the LGBT community as a "friend of Dorothy." Like the companions that Dorothy meets along the yellow brick road, these individuals were also different, awkward, or socially unacceptable by society for going against the grain.
Looking closer at the title song, it is clear that the singer longs for somewhere where they can fully express themselves, where "the dreams that you dare to dream really do come true," free of repressing naysayers. How can individuals struggling to either identify or express their sexuality not relate to this desire to be treated with full merit to have all their troubles "melt like lemon drops" and make the bold claim that they too are a person with feelings and rights to exist and be heard among the masses. The rainbow, too, is both the manner in which to achieve this acceptance as well as the most prevalent example iconography in the LGBT, a banner and symbol of unification for all those that dare to stray from the status quo. Even the last line of the song, repeated for emphasis, is a call for change:
If happy little blue birds fly
beyond the rainbow,
why, oh why cant I?
The singer's pathos can either be of indignation at those who repress or irony, for who is anyone to deny a person their right to reach their full potential and seek out their own happiness? Unfortunately, for manner this lyric may also resonate as a futile attempt to break free of the ties that, for now at least, continue to weigh them down and leave them room only to dream. I now leave you all with a clip from another famous Judy Garland film, Meet Me in St. Louis, as my personal wish for you to find joy and happiness this Holiday Season, regardless of your religious affiliations. Maybe next year, our troubles, too, will be miles away:
Posted by Robert at 11:36 AM