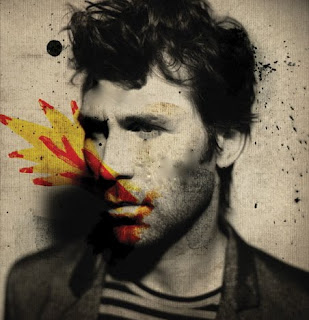 Queer, gay, bi, not straight, whatever I feel like saying, it’s obvious that I’m indicating abnormalcy. In a statement she probably regrets—but that I take pride in—my mother told me, "You used to be generic, but not anymore."

Hallelujah for that. Pet Shop Boys captured the ethos pretty well (do yourself a favor) and it’s something I need to avoid: being normal, being boring, because what could be worse? Status quo is never a bar set high. But then I got older, and certain factors precluded that fate. I became a music obsessive, an art obsessive. Post-mod lit, too. Developed some OCD traits. Even worse ADHD. (Instead of listening in class, I write meticulously compiled lists, or sections of imaginary novels that are too embarrassingly bad to ever even look at again.) I am actually allergic to cold weather. And I have a peculiar BMI that's earned me the nickname "Thickums," though I promise I'm not fat.

Yeah, and so then I also turned out queer. All in all it’s one of my least compelling traits, but still a great teacher. And it's liberated me from a lot of things: false expectations on the part of my parents; undue self-consciousness in social settings; and perhaps, most frightening of all, a conventional life path.

The other day, a French family of four, two small boys maybe 6-8 years-old, stood near me on a train. There was one open seat next to me, and though they both scrambled to climb up to it, the bigger kid won. The smaller child asked, "Puis-je m'asseoir ici, s'il vous plaît?" and, after receiving a shrill, affirmative "Oui!" in response, climbed up to share the seat with his brother. It was the cutest fucking thing I've ever seen. They were tiny, heads swimming in enormous matching knitted scarves, but still too large to fit entirely into one seat, such that the younger boy was basically halfway on my lap. I wanted to pet his head, but instead I leaned back and choked on my own spit, swallowing back something gut-wrenching and sad.

This sexual coming of age absolutely shattered my marriage-kids-back to the burbs-life plan. And though that's totally not right for me where does the path go without convention? Autonomy is scary. How can I have children? I probably can’t do it alone. I don’t see myself ever “settling." I won’t settle, I’ve promised myself. So then, how does bisexuality work? Vicky Christina Barcelona didn't offer any answers, and just left me with a filmic version of blue balls instead.

I did fall in love once—on Manroulette. He was supposedly a graduate student of psychology, twenty-four years old. Definitely a strawberry blond, and definitely a devilish grin and body that—when he removed his UChicago sweatshirt on request—made me swoon. Someone came through a door to whatever room he was in and suddenly, I'm nexted to some grotesque image of hirsute skin folds and penis, and I was angry and disgusted and, well, what did I expect from Manroulette? And who came into the room anyway? Really, general life experience tells me it could have been anyone—roommate, girlfriend, boyfriend, wife...Such are the shaky politics of anonymity, when etiquette is totally unnecessary, and self-gratification wins the day, even when it lives among subterfuge. On the one hand, I would have never met this guy, but on the other, real life would've given me a real chance.

In Costa Rica, I slept with a technically-still-married man. He was separated only recently, fortunately childless, and had consistently broken a woman’s heart for approximately six years. I met him in a resort town at a gay bar near his new construction high rise luxury apartment, in the kind of building whose very existence on otherwise-pristine beaches makes me angry. This guy: real winner in bed, but what had he done with his life?—cashed out on some assets to flee the country and his wife. Maybe friends and family too, we didn't really cover everything.

Point being, even though I have no interest in morals, it’s still hard to make ethical decisions regarding sex. Irrationality is Roger Federer in the sex game. Still, I would never do that. The first girl I told about my queerness became my girlfriend a few days post-divulgence. We broke up about two months after due in large thanks to my burgeoning sexuality, and I'm pretty sure I broke her heart. But I love her so much and we’re still best friends. I could never do that to a wife, a fellow child-rearer, anyone. Plus, I have ridiculous separation anxiety from the twenty-some people I love whom I left behind in the States this semester.

There's a quote scribbled in silver sharpie on the neon orange walls of the Coffeehouse men's room that always catches my eye: Where do we go from here? Up! I’m trying my best. I’m trying to orient myself, to go in the right direction, to be a good person, even though I don’t know if I really am. It’s hard to know what to do with all this freedom.
Posted by Eric Fürst at 2:11 PM