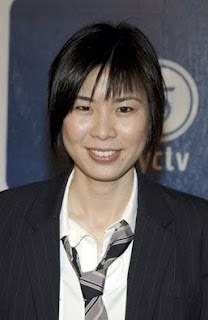 This is a blog post and an announcement!
Announcement--->THIS Thursday, at 8:30pm in the Center for LGBT Life, we're going to watch Saving Face! There will be blankets, popcorn, and friendly people. All are welcome to attend!

I'm writing about Alice Wu this week, because I personally believe that she has single-handedly wrote and directed the BEST lesbian movie I've ever seen: Saving Face. I haven't seen every LGBTQ-themed movie, that's for sure, but I feel this is one of the funnier, (sexier?), and more realistic movies about LGBTQ women that I've seen.

Wu actually has a really interesting background entering the film industry which I think is part of what makes her a role model. She graduted from Stanford University with a B.S. in Computer Science, and she started working for Microsoft in 1990. While she was at Microsoft, she wrote the story for Saving Face, and eventually enrolled in a screenwriting course on the side. Her screenwriting instructor encouraged her to leave Microsoft and pursue her film-writing career. Five years later, she produced the film and released Saving Face in 2005. 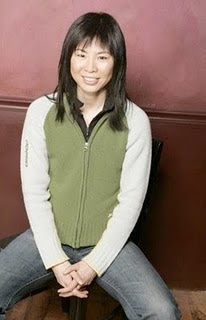 The screenplay won the CAPE award in 2001, (Coalition of Asian Pacifics in Entertainment), and the film itself was nominated for a GLAAD and Gotham award, and won the "Viewers Choice Award" at the 2005 Golden Horse Film Festival, which is sort of Taiwan's equivalent of the Acadamy Awards. The storyline of Saving Face, according to Wu, is largely autobiographical and focuses on her coming out experience as a Chinese-lesbian woman. Due to it's similarity to her own life, she knew that releasing the movie would out her to her family friends, which she has stated was both rewarding and nerve-wracking:

“It was kind of nerve-wracking to show it to my own mother. My own coming out experience was very similar in some ways to that depicted in the film, but even though my mom was very quiet on the subject of my being gay she’s still always been supportive. It might have taken ten years and a bit of estrangement, but we still love one another and even when she was having trouble understanding mom always only wanted what was best for me. That said, I had to be really clear with her about the subject matter [of the film]. I told her, ‘When this comes out, all your friends will know.’ All she said to me was, ‘This is what I want for you.’ God, that’s love!”

In an interview with New York Magazine about the film, Wu also explains how she made the film a "comedy", despite the relative serious nature of coming out (and the threat of a negative reaction) of the female protagonist:

"I know: A woman gets disowned at 48? Not so funny. There's pain and more pain. But people do weird things and life is funny. The characters don't think its funny-but their situations are just so impossible." 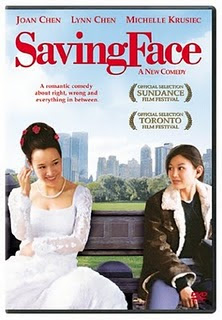 In an AfterEllen interview, Wu also describes the meaning behind the film's title, and its cultural significance:

"Often I think of it as more of an Asian notion, although the concept of it is very universal across many cultures. The way I understood it, growing up is that there is this sense that what you present to the world may not be who you are inside, but there is a responsibility when you come from an immigrant community--even though I was born in the states, my parents were immigrants--so there was this sense of wanting to be the perfect citizen. On some level I’m representing all Chinese people to Americans, even though, technically, I’m an American. So, if you do anything to shame yourself, you’re not just shaming yourself, your shaming an entire community. Also, in terms of the film, Wil is a reconstructive surgeon, who specializes in faces, and her mother works as an aesthetician at a salon, giving facials. There is that double entendre."

As a viewer, all I can say is that I'm so excited to see what Wu decides to do next, considering she's only just begun. Also, if you'd like to watch Saving Face, we'll see you this Thursday at 8:30pm! [all are welcome!] If you can't watch it with us, but would like to see it at a different time, I also know that there is a copy in Lilly Library that circulates outside the building. =) See you soon! 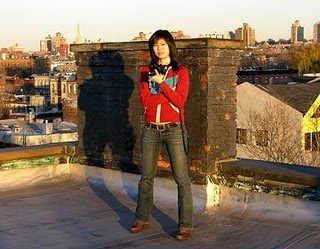