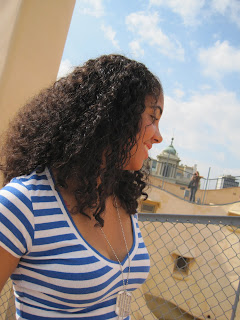 I’ve never viewed my bisexuality to mean that my attraction to men and women is split 50-50. I know that I tend to be more attracted to men than to women. I also know that I have standards (like most people, duh) for partners of both sexes and thus my dating pool is limited significantly. Greedy and selfish implies that I want everyone. No mam/no sir. I look for specific qualities in my partners just like the misled/rude people who made these assumptions about my sexuality.

This common misconception that people who identify as bisexual are attracted to everyone they meet is ridiculous. It is no wonder that sometimes people choose not to “label” themselves because they fear the stereotypes attached to said label. Media tends to portray faux lesbianism as this erotic fantasy or peg lesbian women as men-haters. Bisexual women can also fall into this fantasy category or that they are preying on the entire dating pool. I’ve heard guys make comments about being “homophobic” and avoiding gay males because they don’t want to be hit on. I wish they understood that these gay-identified males that they fear so much don’t want them…at all. In other words, they have taste and standards and are not worried about some of these unkempt, varsity male athletes with undeserving egos. (Minor rant…sorry).

Anyways, I have a challenge to us all (LGBTQ community, allies, and questioning folks alike): Don’t let comments like these go unchallenged. You never know who is around listening and wishing that someone would defend them. You never know who you might be helping to come out/be comfortable with their identity by standing up to ignorance.

As long as one’s identity stems from truth and understanding of the self, it should be embraced. We should all be helping each other embrace our identities daily against those that just don’t get it. The struggle is hard and unfair…but it ours.
Posted by Xan at 9:00 AM