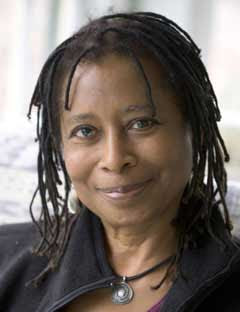 “I think it pisses God off if you walk by the color purple in a field somewhere and don't notice it." -The Color Purple
I started to write this blog post on Alice Walker, and then I realized that I had never actually read any of her works; I had only heard of her through feminism that I had read. (Fun feminist fact: Walker was an editor for Ms. magazine in the 70s.) I didn't really feel comfortable with the realization that I hadn't read her actual work; if Alice Walker is one of the most famous LGBTQ female authors alive today, why haven't I read anything of hers? That didn't sit well with me. 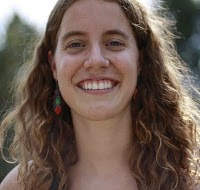 So, earlier last week, I picked up Alice Walker's most famous novel at Perkins Library and sat down to read The Color Purple.

The Color Purple was written in 1982, and Walker won the Pulitzer Prize for it in 1983 (she was the first black woman to win this award, as well as the National Book Award in the same year). The story chronicles the life of a young black woman living in an impoverished community of rural Georgia in the 1930s. 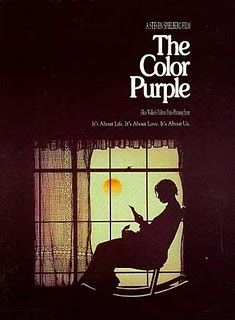 As I was researching the book, I learned that it was one of the "100 Most Frequently Challenged Books" due to the fact of its explicit mention of violence. But there's no doubt about it, that what Walker describes in her novel is definitely real. Domestic violence and child abuse are a part of Walker's novel because they are a part of life, and that's something I actually found myself very much appreciating about her work; her style of writing is so real and accessible:
[Note on the below quote: "Mr _____" is the husband that Celie has no choice but to marry, and "fixed" refers to Celie's infertility.]

Pa said to Mr_______, She ugly. But she no stranger to hard work. And she clean. And God done fixed her. You can do everything just like you want to and she ain’t gonna make you feed it or clothe it.
I take out the picture of Shug Avery. I look into her eyes. Her eyes say Yeah, it bees that way sometime.

Something else that I appreciated was the way Walker approaches the bisexuality (or perhaps, lesbianism?) of her characters. The theme of same-sex attraction is just so well articulated in The Color Purple. Same-sex attraction isn't gross; it isn't unnatural. It's literally the best thing that happens to her [the protagonist]:

Shug Avery was a woman. The most beautiful woman I ever saw. She more pretty than my mama. She bout ten thousand times more prettier than me....I ast [the woman] to give me the picture. An all night long I stare at it. An now when I dream, I dream of Shug Avery.. She dress to kill, whirling an laughing.
Shug Avery standing upside a piano, elbow crook, hand on her hip. Lord I wants to go [with her] so bad. Not to dance. Not to drink. Not to play card. Not even to hear Shug Avery sing. I just be thankful to lay eyes on her. 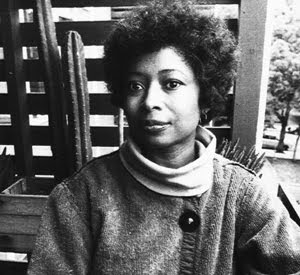 I found the book to be beautifully crafted. I'm particularly impressed by the way Walker uses simple, unflowerly language to capture some of the deepest of human expression that I've ever read. She is truly a genius writer:

I feel bad sometimes Nettie done pass me in learnin. But look like nothing she says can git in my brain and stay.
She try to tell me something bout the ground not being flat. I just say, Yeah, like I know it.

I never tell her how flat it look to me.

The strength of Walker's characters would seem to parallel instances from her own life as well. When Walker was a child she had an accident that left her blind in one eye. Later, thanks to medical advances, she was able to gain sight in it again, but it forever impacted the way she viewed the world. She wrote that it "helped her to really see people and things, to notice relationships and to learn to be patient enough to care about how they turned out."

If you're interested in Alice Walker's work, particularly on black feminism, you might also like to check out Tyler Perry's film, For Colored Girls, while it's currently in theaters. (I saw it this past weekend and was glad that I did.) The playwright, Ntozake Shange, is Alice Walker's contemporary, and wrote the play in 1975 around the same time of The Color Purple. (There's also a dialogue with the African and African-American studies department tonight, at 7pm in the Mary Lou.)
Posted by Megan at 4:30 PM