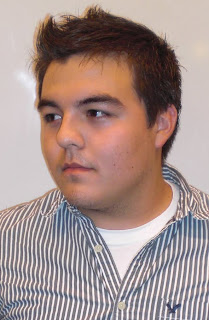 As the first post of the week, I would like to wish everyone a great Thanksgiving break! This past week has been incredibly stressful for me and I'm sure many of you. I hope you all can relax and enjoy great food (even though Marketplace is glamorous, I will be glad to have some real food).
When I go back home, I'm reminded of when I came out to my mother this past summer. Over summer, I moved into a new home before coming to Duke, so coming out to her is perhaps my most prevalent memory in that house. And when I go back home tomorrow, I will be reminded of that day.
I had my first boyfriend this summer, and we had always talked about how despite the fact that we were going out and about to head to college, neither of us told our parents that we were gay. So finally, after two months of going out, I decided that I should tell my mother. So allow me to preface the situation.
My sister came out before me, so I had her do a lot of the work for my turn. It was a long day of moving things from the old house to the new house. My mom and I went back to the new house early so to start dinner for that night, and the entire car ride I was just thinking to myself, "Self, you should tell her now." But I decided to wait, and then we started to cook, and while something was in the oven, I sat down on the couch next to her and told her that I am gay.
Her reaction? She laughed. Not a small laugh, but a loud and hilarious laugh. This did two things for me: One it reassured me that everything was going to be alright, and two it let me know that it was not much of a surprise for her (let's just say my acting skills for 4 years were not fantastic).
After the laughing episode, she told me that her main concerns for me were not on me, but on everybody else, and how I need to be prepared for people's prejudices. Thankfully, she knew that Duke was a friendly campus, so she was not as worried. But I think back to her talking to me that day, and all I can think about is that day, I disappointed her.
On that day, she realized that her suspicions were true. She realized that her grandchildren may not be her biological kids. She realized that there would be some interesting family dynamic changes with the extended family. She realized that she would have to know a boyfriend and a girlfriend, but I would be the one with the boyfriend. She realized that she would have to make sure I was safe on a different level at college, and all because I revealed my sexuality to her.
Rest assured, I know that I did not really disappoint my mom that day. I am defined by much more than my sexuality, and I did not change as a person when I came out to her. Even so, every time I go back home, I think about that day, and what was going through her mind. I recall when I had to stretch completely out of my comfort zone and be honest with my mom. I am glad that I did. Many people cannot do that with confidence and comfort, but know that there is a community that is here to make you feel comfortable and confident if back home is not.
Posted by Cameron at 9:00 AM