Freshman Christmas Again (Also, How I Became an Ally) 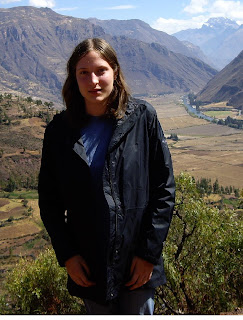 Somehow, it doesn’t feel like winter break is starting today for me. Maybe it’s the fact that I just got out of my last final, a math exam, and am too exhausted to consider anything else, or the fact that instead of running out of class with all my friends and going home for a Christmas party, I get to go back to my room and clean the pig sty it has become. But whatever it is, whenever my family calls me to ask what I want for Christmas, I’m at an utter loss of what to say-Christmas? Already? It seems like a foreign concept, since I’ve spent too much time in Gothic Wonderland and not enough in Winter Wonderland. Don’t get me wrong, it’s not like I’ve forgotten Christmas exists, but it doesn’t feel like the latter half of December used to-a buzz and carols in the air, everyone being nicer to each other than usual, freezing cold weather, wondering if for once, it would maybe be a white Christmas in the south, excitedly discussing with my sisters and friends the number of days left until break and what we would do with that precious two weeks off, and all those ridiculous themed school projects we had to do before winter break…in some ways, I’m not that shocked I’ve forgotten what time of year it is.

A bunch of people I know tend to lament the fact that, near Christmas, they’re the exact same way they were the year before. I don’t think that’s been the case for me ever since I was in middle school. Some things about me will probably never change-despite many years passing, I’m still a Legend of Zelda geek, I still love soccer and horseback riding, and South Park has yet to stop being hilarious. I still walk around barefoot whenever possible, and I don’t think I’ll ever be half as girly as most girls. But I know I’ve seen myself change a lot in the past four and a half years. I’ve gotten a little bit taller, a whole lot smarter, and a lot more outgoing (maybe a bit more outgoing than some of my friends would like!). And, admittedly, I think my heart has changed in many ways.

I’m not exactly proud to say that at the beginning of high school, I didn’t approve of people being gay. I didn’t think it was right, in any universe, to allow gay marriage, and being gay in itself was worthy of damnation. If you had told me I’d willingly attend BDU, base my Writing 20 final paper on relating gay marriage and the integration movement, and would gladly assist with passing out shirts at Coming Out Day (and wear one), I would have thought you were absolutely insane-partially because I never would have thought I could get into Duke, but also because I couldn’t see myself taking such a controversial stance on a topic that inevitably started flame wars no matter where you turned back home.

That all changed one day at school. Seeing one of the only openly bisexual (closest you get back home to being gay) people in my school being bullied by a pack of teenagers struck a chord with me. I spent seven years being the bullied one for not being like the other girls, but I had never been the bully. No, I had resolved never to stoop to that level, knowing what it had done to me. Those people tormenting that poor kid were definitely bullies. And I was no better than them, if I thought the way they did. Loving your neighbor didn’t mean that convoluted thing we had been taught at private school-love the people who are like you and show everyone else tough love by refusing to associate with them and not letting them do what you think is wrong-but something else entirely. It meant accepting other people, period. And that was for everything-race, religion, sex, age…and sexual orientation, I realized that day.

I wish I could say that was also the day I learned just how effective an uppercut to the jaw could be, but that day wouldn’t come until 10th grade in a soccer match. At the very least, though, it was the beginning of a process of undoing all the things I had been forced to believe for a part of my life. Over the course of a year, I learned not only to accept the LGBT community and its allies, but also people of other religions and backgrounds by extension of that knowledge. In a way, high school saved me from going absolutely insane because I learned to accept myself, too, even if I wasn’t like the other girls. And it also opened a number of doors to me-including the courage I needed to attend that first BDU meeting back at the beginning of the semester.

So, as a freshman once again, I know I’m a much different person than I was the last time I was a freshman at Christmas. As opposed to the cynicism and cold shoulder I presented to the world as a freshman in high school, now, I’m only like that once in a blue moon. If I’m not content, I’m positively overjoyed with being alive-just ask my friends. I like to think it’s because I’ve learned to judge less and love more, something that started all those years ago when that bisexual kid got bullied. If I hadn’t realized what I did on that day, I don’t know where I’d be today (but probably not anywhere near as amazing). Maybe that’s why I can’t think of what I want for Christmas-I’ve found something so much better than anything my family could ever possibly hope to buy for me. And, cheesy and overrated as it is, I guess that’s what Christmas is really about…love and joy.
Posted by maryclaire at 12:31 PM