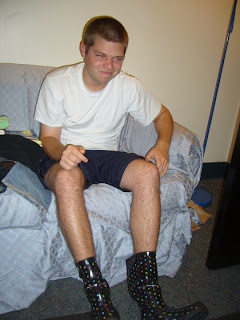 It’s the end of the semester, so I won’t be writing about anything profound…not like that’s an exception for me or anything.

Over the last few days, I’ve had some really interesting discussions about all kinds of social issues from religion to a Facebook argument regarding the role of women in corporate America. Our discussions were always classy, but seldom uneventful….there’s nothing like being called stupid when you’re arguing about issues that will never be resolved in our lifetime. It really made me think, WHY IS THERE NOT MORE OF THIS?

Why is there not a discussion group that talks about things other than LGBTQA topics? I mean, these discussions happen a lot, but I would LOVE to see something more organized and facilitated. I can’t tell you the last time I had a discussion about religion with a bunch of people I barely knew—like an hour designated to talking about nothing but religion; or women in corporate America; or women in the world; or politics; or all of these things!!!

I’m talking about real deal stuff, like common ground once a week or once a month, stuff. Lets talk about the f-word, the b-word, the n-word, the other f-word, all of that! It could be like a GOP debate, but with smart people! (Lolz I’m a registered independent, but I just like to throw in some provocative stuff)

I would love to see the Center host this kind of thing: A place where people can get flustered, passionate, and even downright angry. A place where all kinds of opinions are valid, but attribution is non-existent. I admit to being ignorant about so many things, but I just can’t find enough people to tell me that I’m wrong…these discussions could fix that!