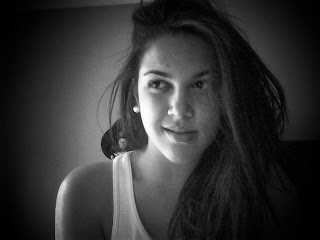 I’m going home today. Normally, the only thing that would be on my mind is escaping the Duke bubble and eating real food. This time it’s different. I have a mission. I have about five days to tell my mom that I’m in love with a girl.

I think that’s how I’ll say it. “Mom, I’m in love with a girl. I want to tell you because I love you and I want us to be close.” That’s my script. For those of you who happened to catch that “I Kissed a Girl” episode of Glee, I can promise you that I’m not stealing Santana’s lines. Instead, I’ve consulted friends that have had “the talk”, and the consensus is that this is a pretty effective way to approach it. I’ve rehearsed several times, but the words still don’t come naturally – not because what I’m telling my mom is unnatural, but because it feels unnatural for me to have to explain and justify something that does feel natural.

Of course I’m nervous. My parents have lived in the same small, close-minded town for most of their lives. In my entire 22 years, I’ve probably only known about 3 queer people from my home community, and none of them seemed to be particularly open about their sexuality. If they were, they were usually ostracized and ridiculed. I can actually remember being at a middle school party and hearing words like “dyke” and “nasty” to describe this bisexual girl who was there. There’s also the religion thing. Hollister is small, but not too small to house at least 5 Baptist churches in the core community. I’m prepared to hear that God doesn’t approve of what I’m doing, that the Bible says it’s wrong, and that I must not care about my soul or love God because I’m choosing to be gay. I’m prepared to counter that rhetoric – 1) God loves everyone and 2) Why would God send an entire group of people – some of the most enlightened and genuinely good people at that – to hell for something that isn’t a choice? My hope is that by telling my parents about my sexuality (I still think it’s SO weird that I’m even expected to discuss that with them), my parents will be able to ask questions that will open their minds and change the way they think about people who identify with the LGBTQ community. Even though I often called home last year to tell my mom about how Janie Long blew my mind in class, I’m certain that none of it will really seem relevant until she realizes how close to home some of those topics actually are.

On the flipside, I’m also really excited about all of this. Once my parents know, I’m solid. Anyone else can ask or talk about me to their heart’s content, and I will answer openly and honestly. I have these quotes and phrases swirling around in my head:

No one can make you feel inferior without your consent.

Be who you are, and don’t apologize for it.

You only get one shot; don’t be a coward.

In the past, I’ve allowed others’ perceptions of me to dictate my life, and during those times, I was never proud of my behavior or the person that I was. I’ve resolved that if what I’m doing at any point truly makes me happy, I will cling to and defend that happiness in any way necessary. I will be who I am, and I won’t apologize.
Posted by risa at 8:00 AM