Love, Arguments, and the Chemistry of Bodies 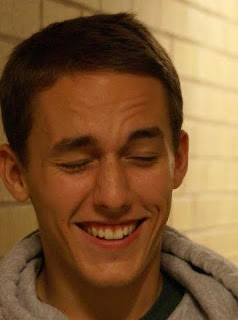 My ex boyfriend had a special place in his heart for intellectual arguments. He was a Philosophy major and took every opportunity he could to flex his debating muscles. If that wasn’t bad enough he was good at it and knew that one wins philosophical arguments with mathematical logic and empirical biological evidence rather than by quoting Foucault at random. I freely admit that I rarely, if ever, won any such arguments with him. Mostly I just tried to challenge and amuse him for as long as possible before he-- inevitably-- disproved my belief.

About a month into our relationship, we were studying together in the link when I accidentally stumbled into one such debate. I was trying to convince him to help me with Physics 53 while he was trying to ignore me long enough to finish a Biology essay. Then, out of nowhere we were arguing over, of all things, the transcendent nature of love. My position was, in essence, that love is an illogical and non-useful impulse that would not have evolved naturally in any species. The fact that love not only existed, but fills a central spot in human minds and culture, means then that love must descend from on high. I was arguing for what I think can fairly safely be called the popular opinion: love is inexplicable, transcendent, and a gift straight from God Himself. My boyfriend, in turn, took the position of a cynical scientist, arguing that love is a combination of our biological, sexual impulse and learned social behavior that together serve as human beings’ primary evolutionary selection mechanism. I was trying to use love as a proof for God; he was trying to use love as a proof that evolutionary selection still exists in the modern world.

Our debate didn’t last long, but not because he “won.” Instead, I asked if we could stop talking about it. He went quiet, assuming he had accidently hit a soft-spot and having no desire to dig a deeper hole for himself. He probably assumed that he accidently offended my religious sensibilities-- I was in the process of entering the Catholic Church at the time, and he often found himself being too verbally critical of the decision. I let him think that was the issue. Though I hadn’t told him yet-- nor would I for two more months-- I already knew I was in love. To me, that meant a lot, and I didn’t like what I thought sounded like that feeling being trivialized. What’s worse, though, is that I was afraid that if he talked longer he might convince me. That was the most terrifying. I liked being able to think of my relationship with my boyfriend as something special and almost holy, and I didn’t want that sanctity taken away. With this fear in me and knowing it might not be long before the topic came up again, I decided to study up and develop a more advanced answer to Haddaway’s immortal question.

My approach to rooting out the nature of love was somewhat convoluted because it pitted two warring parts of my personality against each other. See, anyone who knows me knows I’m a painfully abrasive cynic. Anyone who knows me a little better knows I also am, paradoxically, a shameless romantic who weeps during romantic comedies and thinks that couples who marry before the age of 25 are heartwarming beacons of joy in a disillusioned age rather than kids making bad financial decisions. I am, in turn, already very well versed in all the tropes of love and can quote appropriate Death Cab lyrics about the immortality of true love just as readily as I can cite examples of love at first sight in both reality and fiction. I expect most readers will agree that love is built on a sort of intellectual compatibility: partners are expected to be able to share and compare insights, humor, and good conversation. Yet still there exists the concept of being “struck” by love, repeated again and again in stories and film. There needs to be some sort of intangible impetus that separates compatibility from something more. Additionally, if intellectual compatibility were all it took, it stands to reason that “sexuality” as a concept would be nonexistant.

The natural assumption, then, as to the source of this spark is simple: sex. Or, to use a tamer word, physicality. The addition of a physical connection to an intellectual connection creates what we call romantic love. This means that the unique quality of love is a deeply rooted physical attraction. Now, you might be thinking that sounds a bit odd from a self professed romantic. I think a big part of that comes with the fact that when we think of sexuality, our first mental image involves grunting, squishing, and an abundance of fluids. What I’m talking about is slightly different. I remember how the first time I ever knew I was in love was when I bumped into a friend coming back from a run. She greeted me with a hug, and my arm wrapped around her narrow back as I noticed that the sweat in her hair smelled like smoke and timber. One might hesitate to call such a moment sexual, but there was a physicality and a fluttering. It’s these small characteristics that make any regular relationship something more: the way my ex’s left eye would always crinkle and squint more than the other when he or grinned; the pacing of a partner’s breathing when they’re asleep; the way a friend’s voice might drop when they’re nervous. It’s these sounds, smells, features inherent within a person that draw out our feelings.

After the initial argument, I remember realizing how much this was starting to align with my ex’s perspective. Still, it wasn’t quite enough to prove one way or the other. I remember thinking how years before, shortly after I came out to one of my closest friends, he asked if I thought sexuality was a choice or not. I thought about it only a moment before answering “I don’t really care either way.” My life, I thought, made me happy and fulfilled without harming or upsetting anyone-- it didn’t seem important whether that was carved into my genome or the result of some subconscious decision years ago. This is the same answer I developed for my argument. Even if the fact that my love for him was rooted in some chemical appreciation of his body, it didn’t make the way I felt for my ex any less miraculous. If anything, there is something sexy in the mystery of it.