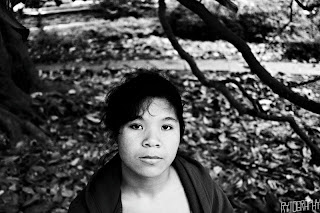 [Disclaimer: I’m not here to play Oppression Olympics, i.e., “when two or more groups compete to prove themselves more oppressed than each other…in which the most oppressed are worthier” (definition provided by Geek Feminism Wiki). I am merely assessing a personal issue I’ve been meaning to explore for quite some time but never had the courage to remotely start articulating my thoughts…until now. Also, I apologize in advance if some of the things presented here instigate some confusion (read: I’m sleep deprived/not completely alert/am a perpetrator of word vomit/this is too complicated to maintain coherency) and can be perceived as facetious due to copious amounts of sarcasm; you’re more than welcomed to approach me with your questions, I’ll try to answer them as efficiently as possible and with less humor (read: I’ll ramble on until someone intervenes).]

In the same vein found in previous posts, particularly equally read-worthy ones by Ryan and Kory, I admit: It sucks when you’re bitter with life. Well, that in of itself is a rather loaded statement to make, I know. I’m still riddled by the gravity of it, saddened even, and how heavily it applies to my multifaceted life. It’s worse when you’re so conscientiously aware of it, too.

You must be asking yourself, why so bitter, Sara?

Unlike those aforementioned posts, I’m bitter about other things, things you can’t necessarily escape from unless you choose to turn an ignorant eye, as most often do unbeknownst to them. I’ll break it down for you, simple really, I’ll attempt to avoid the gritty, visceral details because it’s already nuanced enough with the first couple layers, let’s avoid this post from turning into a dissertation of some sorts (another day, then, maybe).

At the core of it, once you unravel the convoluted tangles and piece together the split ends, my dissatisfaction predominately stems from this epiphany I’ve unknowingly juggled with all my life:

I am doubly marginalized, y’all—I’m a minority in a minority.

…Now what does that actually mean?

As a woman of color, it’s unfortunate to admit that “marginalized” is a way of life, even more so because as being biracial I’ve struggled to fit in either racial community without having to overcompensate for one or ridding my association of them both. I continually have to validate my existence in both communities, reiterating to them that I am half Korean, I am half Black, I am both, please accept that, accept me. Except…to say it’s messy is a gross understatement.

“Oh, wait, sorry, you’re too dark to be considered Korean.”

“You’re not black enough to be Black.”

“You’re also a woman? Tough luck, kiddo, this patriarch-friendly society deems you oversensitive, invalidates and belittles your so-called oppression, and would like you to take a seat, Miss Man-Hating, Femi-Nazi, LOL.”

You don’t meet these stifling, ridiculous, you-need-to-read-this-invisible-manual requirements that somebody had to have written, because we sure follow them with little to no amounts of questioning the rationale behind them. Navigating between two begrudgingly, dissimilar worlds is taxing, frustrating, a unapologetically tragic journey I’ve allowed others to allocate me to, and so deeply ingrained in how others perceive me, I sometimes forget that it hides the real me just lying underneath.

Now throw in some queer in the mixture, and you’re just digging yourself a deeper grave. What’s even harder is the isolation, self-imposed or not, I’ve experienced in queer culture as well. When I first began my questioning phase (quick disclaimer: I refer it as a phase, because it was a phase for me, and I’m not saying questioning for all those who experience it should be labeled as such), I temporarily avoided human interaction and turned to my safety blanket—media, be it literature, TV, the internet, whatever. Consequently, what I discovered was disheartening: There is a scarcity of open racial diversity in the LGBT culture.

Do you know the difficulty of finding a fictional character who’s a person of color and isn’t the token, isn’t weighed down by preconceived stereotypes, isn’t a caricature of some narrow-minded perception painted by ignorance and just so happens to be LGBT-identified on top of that?

Do you realize half of those characters have limited screen time, are only important for Aesopic Episodes, episodes that teach a moral, whose sexual orientation or gender identity is the sole marker that makes them holistically unique from all the other characters?

Do you know how much harder it is to find "out" celebrities who are people of color as well? My pool of potential role models is so much thinner than any dating pool I’ve personally encountered.

Sure, media is slowly picking up the slag, but we’re far from reaching a good, safe place that doesn’t automatically place cisgendered, white gay males, sometimes lesbian females if it’s generous, as the default representation of the LGBT community. People need to cease describing media as “progressive” simply because it portrays LGBT-identified characters in popular television programs. For example, I’m sorry, but Glee is just not a sufficient example of your so-called “progressiveness”, and if you want to disagree with me, be my guest. I for one am not content with your differing treatments between LGBTQ couples Kurt/Blaine* and Santana/Brittany, where you handle the white gay male couple with far more care and meticulous depth and leave the queer women—a bisexual and a Hispanic-Latino American lesbian, who (spoilers!!) after being outed, is rejected by a beloved family member—to the ravages of stereotypes (“oversexualized, high school cheerleader lesbians”, but it’s gotten better…marginally). Santana's story as a queer woman of color is a realistic reflection of 21st society. Non-white communities continue to shun individuals of their respective communities because of their sexual orientation and gender identity. Homogeny is the way to go; otherwise you’re ostracized right out of the group. If you’re an out person of color and you haven’t been a victim of backlash, you’re incredibly lucky. Unfortunately, I can assert that it’s a rarity to come across that sentiment.

There is an abundance of important conversations to be had, and wonderful people in Our Community here at Duke have already prompted these discussions on the blog, and I hope that my post further promotes more discussion. There’s something empowering when you see people that have shared shades of similar experiences you yourself have felt/endured/struggled with.

“A house divided against itself cannot stand.” If Our Community marginalizes amongst ourselves, what good can we do when it comes to Fight the Good Fight for Equality? Wouldn’t its significance diminish in the process? We can strive to look past our own deep-seated prejudices and embrace and accept each and every member of Our Community and ultimately every marginalized group of people.

But for now? I’m bitter, and I am remotely okay with that.

* This is what I mean when media thinks this is the default for Our Community - cisgendered, white, and male. "Changing Hollywood?" Not. By. Much. Ugh.
Posted by sara at 8:00 AM