An interview with an HIV+ friend on World AIDS Day 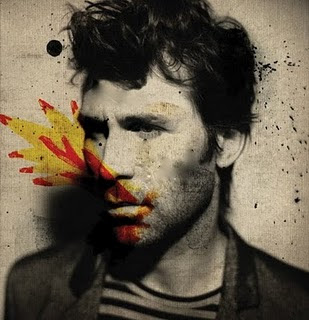 I interviewed one of my best friends, an alumnus of Duke and Fuqua, who now lives and works in New York City.
Let's do this story.
It's not a story, it's an interview.
I guess it's still a story.
Yeah, whatev. Do it.
At what point did you think about activism, about doing it full-time?
Through Queerocracy, at the New School [In New York City], a youth queer activist group I joined, mainly because all the kids were a lot hotter than any of the queer kids I was exposed to at school—and way more progressive.

Through the New School, I went to a symposium on health care and politics; I was so moved by the work that they did, I knew right away that I had to be a part.

As one of the 34 million people in this world that is HIV positive, I felt like I had a moral duty to speak up for those who do not have a voice.

When do you consider pursuing it professionally with Health Gap?

After Duke, after Fuqua, I was interning at an advertising firm. I was juggling my paid work with free work, and at some point it became easy: one made me happy, the other made me want to jump off a cliff. After a while I quit my advertising internship and stuck with Health Gap until I practically forced them to hire me.

Was that a scary, leap of faith?

Something about it felt right. I kind of have a history of following my instincts, and this felt like somewhere I belonged. I’ve always wanted to interact with the UN and they do a lot of partnership [with Health Gap]. Essentially they lobby, even though most senators hate global AIDS issues.

Honestly if this wasn’t my work I wouldn’t know so much about it—[something that] obviously affects me.

What do you exactly do for work?

I’m kind of a lobbyist, in the Northeast region in general; keeping a watch on whats happening globally, but especially with New York senators. Certain governments pass laws that essentially criminalize HIV+ individuals.

I’m a community organizer. I’m forced to interact with people. You can take different directions [in activism], you can be a policy monk. But I work directly with people. It’s more rewarding, and connects me to service organizations in my community, to galvanize and educate them on the political landscape we’re in with regard to HIV funding. The services are otherwise vulnerable to being cut, and no one will say anything.

Does working for this group make it constantly resonate, “I am HIV+”? And is this good/bad?

I always have to present my motives as an inspiring attention grab, for work, in speeches. I am "forced" to state my status in public, and this has normalized it for me, as opposed to some other job where I wouldn’t utter it often, if ever.

So it’s not super-stigmatized, compared to some other disease you might have?

Right. And being deeply aware of the science... Well in the beginning days I was so afraid to interact with humans I was attracted to, or sexually attracted to because I was ignorant of methods of transmission; just had all the same phobias as people in general still do. There was a lot I didn’t know. Now that I’m well versed I feel a lot more comofortable in my own shoes. I’m no longer afraid to make out with someone. Versus before if anyone got close to me I would just run away.

Do you have any idea who transmitted the disease to you?

I have no idea. It probably happened during one of the numerous blackout spells I had. I’m not gonna blame this on Duke, but it kinda has a history of breeding alcoholics (at one point I guess I was one of them). When I graduated, a lot of the drinking behaviors and habits I had in college I took into the real world. Realistically, if you blackout in a gay bar in New York by yourself, the chances of going home alone are slim, and ending up in a compromising situation high.

There are moments I'm totally unproud of now... Waking up at the end of the F line in Coney Island, or an apartment where I don’t know anyone in the room. I’m assuming that at some point during this phase I contracted it.

How'd you react when you found out? With anger? Guilt?

When I found out my mind was blown. I cried for two days straight. I couldn’t look at myself in the mirror because the only thing I could internalize was “infection” and being tainted by this virus. For a few days I was completely depressed. But life itself didn’t stop because I was positive. I had to go back to grad school, had bills and student loans to pay, still had to brush my teeth. I didn’t have the time to stay depressed forever.

Did you tell you parents, or where'd you get your support?

Friends only, totally friends—the people I tell everything to, I mean totally everything. Once I told the closest people in my life, I felt like I had nothing to hide. As long as they knew, and were supportive of me, that’s all that mattered.

But they eventually found out right—your parents?

Yeah, so you know, they kicked me out of their house, as many conservative Christian parents do after finding out their kids are queer or whatever. Once I realized I was about to be kicked out of my house, I realized I had nothing to lose: I told them everything, it was complete catharsis. I told them about everything traumatic in childhood. I told them I blame religion for much of my oppression. I said, "I don’t trust you guys. You make me feel completely uncomfortable in my own skin."

Your dad is a pastor right?

A minister at a Pentecostal church, if you want to get specific—which blows. Ever seen Borat?

How are you handling your medical situation?

I’m on one pill a day: a triple combined anti-retroviral. I take it before I go to bed. It doesn’t interact with anything. Once in a blue moon I do have a disorienting side effect, or I take it on an empty stomach or when I’m awake, and then I'll feel it.

This particular drug I’m on costs about—I actually have no idea, but it's expensive. I’m on Medicaid, which provides me with free medication. Other people aren't really so lucky, and there's a waiting list sometimes. That's something to think about—that your life is placed on a waiting list. When I began [treatment in North Carolina] there was no waiting list, and I can't even imagine what that's like.

How did this affect your relationship to LGBT activism and notions of "community"?

As far as queer activism goes there’s a direct link between it and advocating for access to medication. Historically queer groups have ben disproportionately affected by HIV/AIDS which is partially why it’s spiraled out of control. In my opinion if this was affecting more heterosexual or "normal" populations it would be more of a top priority. And now in the US it’s become an issue for people of color, too. There are areas of the US where 1 in 4 black men are positive. It should be more of a priority.

I also think there’s a lot of complacency now that medications do exist and lives can be prolonged. But transmission is still occurring and we need to become way more vocal about dissemination of treatment.

Has there been any productive headway with politicians, though?

Yes. Secretary Clinton said that it is now "U.S. policy" to create a generation free of HIV and AIDS. But how the hell are we gonna do that when a ton of people don’t have access to medication? A small proportion of positive folks have reduced their transmissibility through treatment, and a huge proportion don’t even know they’re positive yet. If we’re going to do that, policies we have that negatively affect HIV positive people—including any trade agreement that blocks access to generic medications, and causes high prices and wait lists—need to end. It also includes prosecuting people [like employers] who discriminate against HIV positive people.

How can you fight against big pharmaceutical groups or fund this, like how is that politically feasible?

Pharmaceutical companies lobby to strengthen their “intellectual property rights" so that patents last longer and they continue to profit more off their treatment drugs... Ridiculous.

Right now, one of the reasons I’m adamant about supporting Occupy Wall Street is that—look, if we were to tax even the mundane, daily speculatory financial transactions, we could fund billions of dollars for treatment of AIDS. Tax that shit!

What kind of message, on World AIDS day, is Health Gap sending?

We’re hoping the Obama administration will step up the plate and make serious commitments to putting 13 million people on treatment by 2013. These are promises that have been made in the past, but the U.S. has a history of reneging on promises, which is shitty—

Meaning, providing retroviral therapy to anyone who is HIV positive and wants treatment.

From a policy perspective—disregarding ethical considerations—from cost benefit analysis, does this make sense?

Yeah, totes! We use the line, "pay now or pay forever". If more people continue to become HIV positive, we’re going to have to continue to supply drugs to new patients—it’s cheaper to medicate and contain the number that are positive now.

For a full list of on-campus activities related to World AIDS day, see the Facebook page for Duke's Center for LGBT Life.