“Does he bat for the other team?” 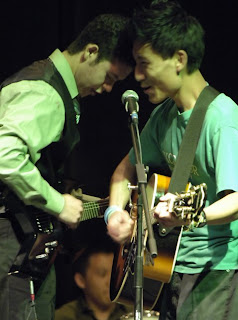 “Does he/she bat for the other team?”

“Does he/she bat for both teams?”

What is this other team? Are we trying to beat them? Are they trying to defeat us? What bases are they on? Who’s on first? What’s on second?

“Batting for the other team” is a euphemism for being homosexual (or bisexual when used with “both teams.”) I bring it up because, barring whatever sampling biases I may have, this is an expression I’ve heard quite a bit. And as far as language clues go, I think this one is very telling of an underlying discomfort that some of our society has with discussing LGBT issues.


Granted, there may be a good intention to be politically correct when saying “batting for the other team” rather than going for the numerous pejoratives out there. However, the expression is inherently offensive because it implies that homosexuals are on another team, that is, they are the enemy. But it’s fairly self-evident that the LGBT community is not a group of rebels bent on destroying society (okay, maybe some are). Being homosexual or otherwise is not something that is meant to undermine anybody else’s rights. A handful of us also want equal legal protections such as the right to marry, but such changes would not infringe upon the rights of others. However, the use of this expression carries with it a slight division between homosexuals and the rest of society. I would argue it has the same connotation as “in-laws.” Family, but never friends. 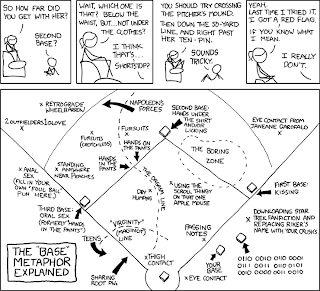 In this day and age, a basic understanding of some of the terminology relevant to LGBT community removes the need for using a derogatory expression like “batting for the other team.” I guess I’m addressing this post to those of you out there who are not the massive bigots, but rather, the rational-minded people out there who may not know completely how they feel about LGBT issues. I remember too when I was a bit uncomfortable about talking about it, but if you’re someone who does not think homosexuality hurts our society, then you should think again. The usage of “batting for the other team” underhandedly feeds the us vs. them mentality against the LGBT community. I’m not necessarily arguing that we should bleep out this expression or demonize it as the next f-word. Rather, I’m saying that it’s a part of our vocabulary that we no longer need when more than ever before, we have the chance to move forward and talk about these topics openly and rationally because there ought not be fear or shame, only understanding.

Besides, only physics problems use baseball, the most incomprehensible sport, to get a point across.
Posted by Julian Xie at 8:00 AM