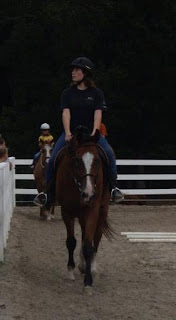 We’ve all been told to do it since we were small: watch your mouth. Of course, everyone thinks first of insults and slander when this phrase comes to mind, and admittedly, we’d be better off if those weren’t our problems. I think we should be careful because I believe that people become what we tell them they are, for better or for worse. Sometimes, even well-intended compliments can become a person’s measurement tape for him or herself. Let me share a scenario with you all that I’ve encountered a few too many times with that in mind. I will speak in first person in this next paragraph, combining a multitude of the tales I’ve heard (though I'll make a distinction and say I love it here when I'm not taking exams):
You tell me I’m smart, and I’ll smile and accept the compliment. After all, intelligence is what society values, and you really do mean well when you say it. But, on the inside, I know it’s not as much a compliment as an ideal that I can’t live up to. Even though I’m at Duke, and therefore had to be bright to get in, I forget that I really am intelligent because I’m surrounded by other people more intelligent than I am, people who are cheating, and people who have dropped back a course level to get an easy A. In the grand scheme of things, my average grades might still be impressive to a graduate school because they know how rigorous Duke University is. This makes me feel like I’m being wronged, because if you’re average at Duke, you could be smarter than students from many, many other schools, and you’re likely still well-qualified, so it seems unfair to be given such low grades. I’m especially mad because I have taken college courses before and know that I could be a straight-A student at those colleges. Because I’m only average here, I don’t feel as smart as I used to, so your compliments are completely meaningless to me. In fact, all they do is remind me that something I once had is now gone. Maybe that’s why I party-I’m trying to forget how much I’ve lost and my constant questioning of just what, exactly, I’m even doing at Duke University, if I’m just “okay.” Maybe I should transfer out and go somewhere else. Maybe I won’t try to get into medical school anymore, if I’m not too qualified to do it. Maybe I’ll just stop trying, if even my best effort isn’t good enough. Someone else will do it, but not me. But I can’t tell you any of this, because being smart was something valuable to you and me, and I am too scared to let you know I’ve lost it. Part of me is too proud to admit that I’m just average, after I’ve been told I’m a genius my whole life. And part of me is terrified of what will happen if you find out that I’m not what you want or expect me to be. So I’ll just smile and take your “compliment”, but on the inside, I wish I could reject it.

So, what does this rant that sounds like it came straight out of an emo 15 year old’s diary have to do with LGBTQ issues, you might ask? Replace a few words and see if there’s an issue that resonates with you.

Imply that I’m straight, and I’ll smile and accept the compliment. After all, being straight is what society values, and you really do mean well when you say it. But on the inside, I know it’s not as much a compliment as an ideal that I don’t live up to. Even though I’m at Duke, and therefore had to be a good person to get in, I tend to forget it because I’m surrounded by other people who tell me that gay people are worthless, that they are going to hell and should be second class citizens. In the grand scheme of things, my homosexuality probably won’t impress anyone since someday, it won’t be the primary basis on which people judge me. This makes me feel like I’m being wronged in the present, because if people knew, they might not treat me the same way as I am treated now. I’m especially mad because I have seen someone else that is homosexual treated poorly by my friends and people I hold dear, and that I’m fully aware of the rights and privileges I have because people think I’m straight. Because I’m actually gay, your implying that I am a better person because I am straight actually hurts, and I don’t see it as much of a compliment at all. Maybe that’s why I’m becoming a bit colder to you-I have internalized all of this, and I’m starting to question my value as a person, if being straight is the ruler I am judged by. Maybe I should leave the life I currently lead behind and move somewhere else that will accept me. Maybe I won’t try to go for a big job anymore, if I think I’m going to get shot down because I’m gay. Maybe I’ll even give up on life, if I don’t feel that things will change in my lifetime for me. Homosexuals in the future might be able to thrive, but I don’t know if I can. But I can’t tell you any of this, because my being straight was something valuable to you and maybe even to me, and I don’t want you to know that I’m not. Part of me is too proud to admit that I’m part of a historically oppressed group, after I’ve been privileged and maybe even homophobic my whole life. And part of me is terrified of what will happen if you find out that I’m gay-you could ruin my job prospects, my family life, and perhaps even my own self worth. So I’ll just smile and take your “compliment,” but on the inside, I wish I could openly reject it.

Moral of the story (or the tl;dr version of this post): even if other people you know aren’t members of the gay community or BDU, remember we are all human, and we all judge ourselves against a standard society has created for us. Life isn’t about arguing whose grievance is the most important and whose grievances are not important at all (or perhaps even deserved, in some people’s minds), but about realizing that at heart, we all face the same challenges. Let’s not consider the straight people around us that aren’t allies outsiders because they wouldn’t understand a gay person’s struggles. Because really, in many ways, and whether or not they realize it, they do. Maybe you’ll use this as a campaign idea, maybe it’ll make you think twice before you tell allies that they just don’t get it, maybe you won’t do anything at all. But I hope it at least made you think.
Posted by maryclaire at 8:00 AM