Learning to Love Myself 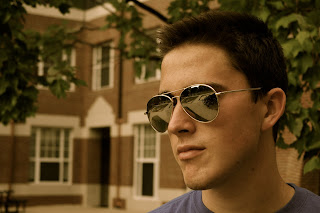 I don’t know whether or not I am capable of truly loving someone. Of course, I love my family very deeply, but I have never been ‘in love’ with anyone. I know, I know, I’m only 19 and I really shouldn’t expect to have found “the one”, but sometimes I get the feeling that I will be single for the rest of my life. The sad part is – that doesn’t really bother me. It’s not that I don’t want to have my own happily ever after story, rest assured I do. I merely mean to say that I’m not scared of solitude (or it’s my greatest fear and I’m deluding myself by telling myself the opposite.) Trusting someone else with my love makes me vulnerable. I never want that vulnerability to allow someone to destroy the sense of self I’ve constructed/developed/whatever. Not coming out was an intentional way of me avoiding dating, purposely skirting all those messy emotions.

I’ve always told myself that, if I find the right person, then it won’t matter what anyone else thinks, because I’ll be completely in love with him (her?) and, at that point, coming-out will be insignificant. In high school, I had no reason to come out because 1) it wasn’t exactly a gay-friendly culture and 2) there weren’t any guys that I thought were “worth coming out for.” (If that sounds offensive, I’m sorry.)

This little…strategy worked well while I was in high school, but now that I’m in college I’m realizing the effects that not dating in high school have. Because I haven’t been in a meaningful relationship before, I’m scared of getting into one now – I don’t want to mess it up. I don’t date because I am scared of being unable to show affection, but until I have some reason to do so, I know my emotional self will remain underdeveloped. I am realizing that I will be unable to experience love until I truly know myself. Until I learn to love myself, I will remain unable to have a meaningful connection with someone else.

I believe that perfect love is nearly impossible to attain and maintain, but it is that very impossibility which makes love so inspiring and powerful when it does occur. I have realized that it’s okay to be scared of love, but that being scared shouldn’t stop me from striving for it anyway.

Gandhi once said, "A coward is incapable of exhibiting love; it is the prerogative of the brave.” I know that I will eventually be brave enough to love another, but until then, I will continue to love and know myself.
Posted by Cameron T at 11:19 AM